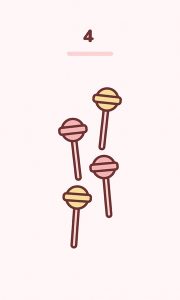 The Four of Wands comes up when you have finished the stage of a major project. It represents a small and humble celebration. The Four of Wands is not the sign of an end, but rather a break. You still have work ahead of your to achieve your goals, but this card suggests that you deserve to acknowledge that you have done a lot so far.

In readings, the Four of Wands represents a small sometimes routine excitement such as lighting birthday candles or a romantic anniversary. It’s not time to stop all operations but this thrill will reinvigorate you to the joy of living.

This card can be a symbol of marriage, because marriage is seen as the completion of the first stage of a relationship. The Four of Wands can also symbolize an important milestone at work or in your home. With the foundation laid, it’s time to re-energize yourself while enjoying the joy of your fresh beginning. This card represents the need to get a clean start. Forget about the setbacks of the past and focus on your present celebration and future.

The Four of Wands reversed can suggest a lack of harmony among your family or team. It seems you are all not on the same page. You may be feeling uncertain about where the relationship is going and who you can count on. The Four of Wands represents a rut rather than a period of transition as the Four of Wands upright does. To balance the reversed Four of Wands, try to channel the upright card’s energy: celebrate something small, genuinely, with no expectations for more.