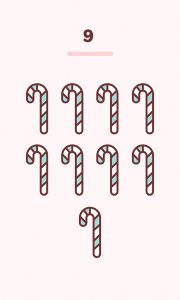 The Nine of Wands, although a symbol of wisdom and intuition, can be a bittersweet card. The number nine in numerology stands for confident individualism, but this card can also represent a situation where one feels like they are on the defensive, guarding against the elements of their environment, all alone.

The Nine of Wands recognizes your strength and ability to overcome obstacles. With the Nine of Wands, you are nearly at the end of a cycle or phase you have been going through. You are wise and experienced. What is keeping you from completion and success is your hesitation to let your guard down.

In some readings, this card may mean you are not allowing yourself to delegate tasks, whether personal or professional. You’ve come this far by digging deep and finding the will to continue, but it may be time to lead other people rather than work.

The Nine of Wands can sometimes in love readings be a warning to proceed carefully. You may be wary of this person, and it’s best to be careful to watch for red flags.

The Nine of Wands reversed in a reading can mean the feeling of personal security you’ve been needing is somehow blocked which is blocking your success in turn. The Nine of Wands reversed could be a sign that you have been overly cynical or paranoid of the world and what it has been offering you. In career readings, the Nine of Wands can symbolize micromanaging. Think of any irrational suspicions that have contributed to your present situation. How can you absolve them?